Due to recent developments with FIDO2, WebAuthn, and various features people have been requesting, I’ve started an upgrade for U2F Zero. A couple collaborators and I have decided to call it Solo (or Solo Key). It is the sole thing you need to secure your accounts :).

We also plan to bootstrap this by getting funding on Kickstarter. If you’re interested, sign up below!

FIDO2 is an upgrade to the U2F standard and is planned to have even more ubiquity. FIDO2 is planned to be used as a password replacement. On some services, like Windows 10, you can already use it in place of a password.

The original U2F Zero was just a plain circuit board that only did U2F over USB. Solo will have the following features. 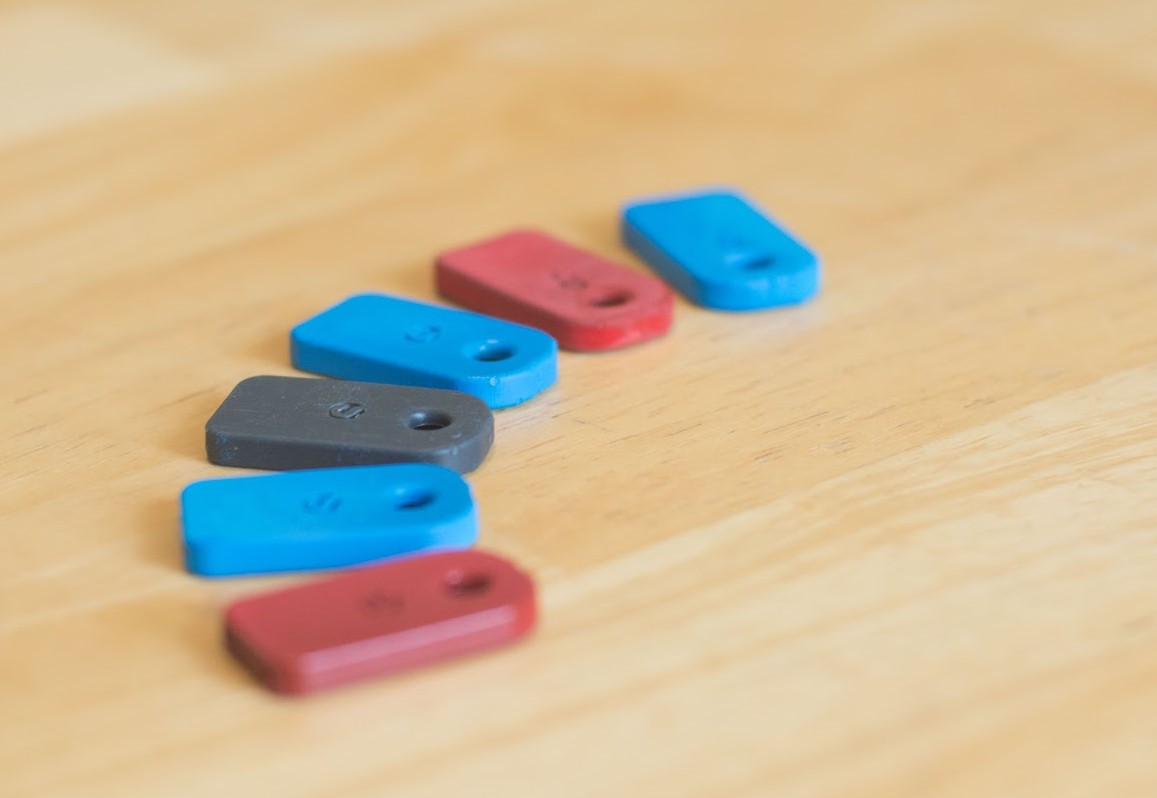 And of course, everything will soon be open sourced like with U2F Zero.

Development started completely in software, no hardware, to make sure it could be easily contributed to by others. Most coding and testing can be done solely on a PC, while being designed to be easily ported to other chips, like the NRF52840 by Nordic Semiconductor and EFM32J by Silicon Labs.

PC-only testing is achieved by patching Yubico FIDO2 Python API to exchange messages with a PC application instead of a USB HID device. 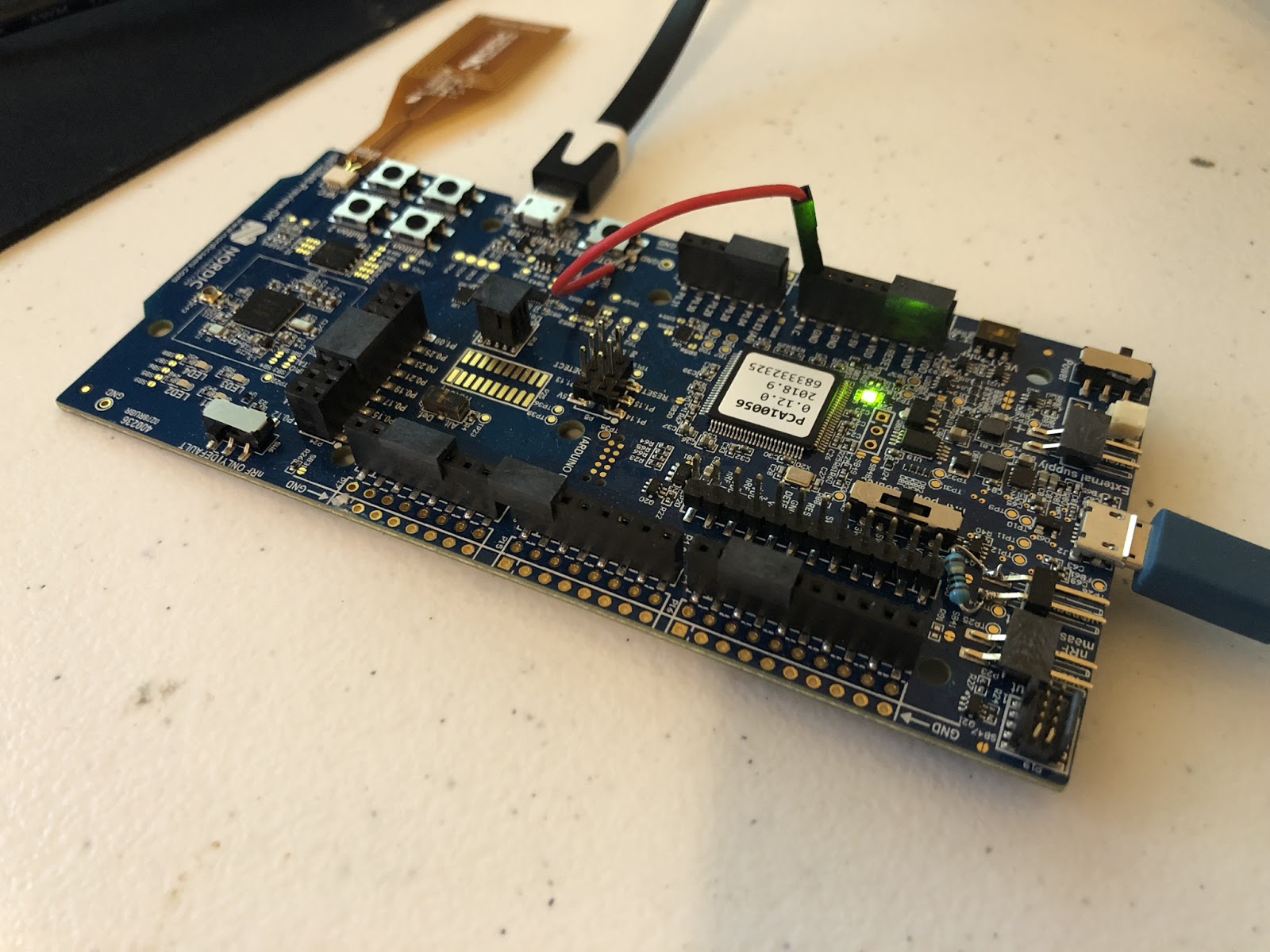 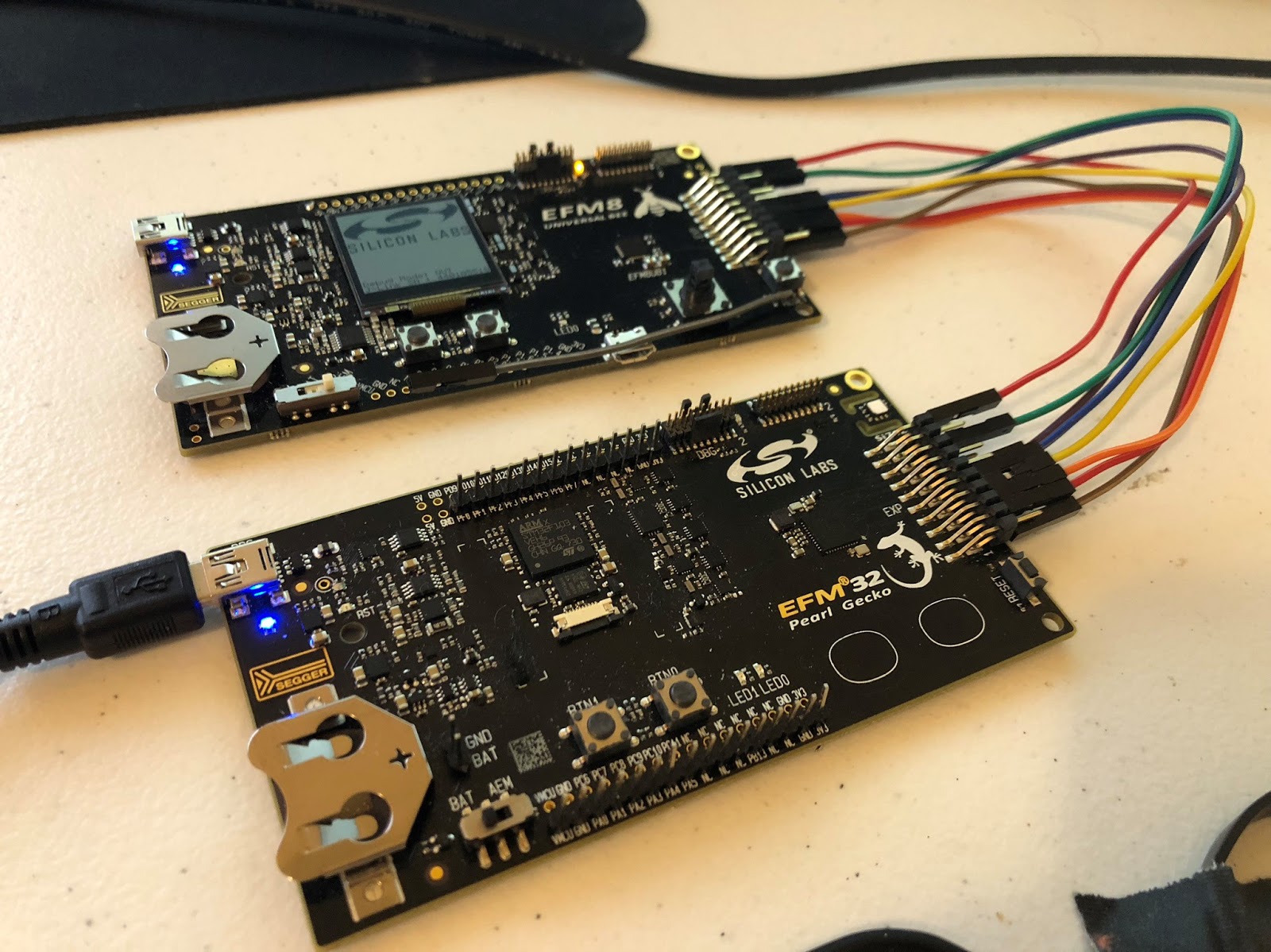 I ultimately decided to go with the EFM32J. It consumes less power, is much cheaper, and is easier to solder (QFN32 vs BGA). NRF52840 initially seemed like a great solution since it has everything in 1 chip, but it brings more complication and cost. Plus it would make it much harder for people to solder their own Solo key.

The design is modular in that USB and NFC support is added by adding another chip. The EFM8UB1 provides the USB HID interface, and the AMS 3955/3956 provides the passive NFC interface. NFC also requires a coil, which will be an external coil that lies flat next to circuit, all in case. More on this later.

Providing some sort of hardware isolation for secret key material is hard since most of the chips on the market that can do that, require a NDA and that the company be a bank, government, or other reputable entity.

There are the ATECC508A and ATECC608A crypto chips, which can be obtained easily. U2F Zero actually uses the ATECC508A for key isolation and crypto acceleration. But since U2F/FIDO2 devices need to derive secret keys at runtime to be able to work with an unlimited number of services, the ATECC508A doesn’t work out well. This is because to derive a key at runtime, you typically need to compute an HMAC that’s keyed with a master secret, and store the result as the runtime key. This needs multiple interactions with the ATECC508A and requires the runtime key be stored temporarily on the MCU, which tarnishes the idea of key isolation.

I’m not aware of any other attainable crypto chips that can do better than this.

It’s best to keep the design simple rather than lob in a security chip that isn’t a good fit. The main threat is adverse software on the computer you plug your token into. Solo’s firmware isn’t complex, so it is reasonable to try to avoid buffer overflows and similar exploits. If a critical bug is found, a signed update process is supported so it can easily be patched. This model generally works well in industry (Trezor, the popular bitcoin wallet, is successful with this approach) and greatly simplifies the design of Solo.

Previously I’ve only used Kicad for PCB layout, to include the design of U2F Zero. For Solo, I basically did a token design in Kicad, Eagle, and Circuit maker to figure out what is best. I stuck with Eagle in the end, because of the nice integration with Fusion360, which really helps the mechanical design. 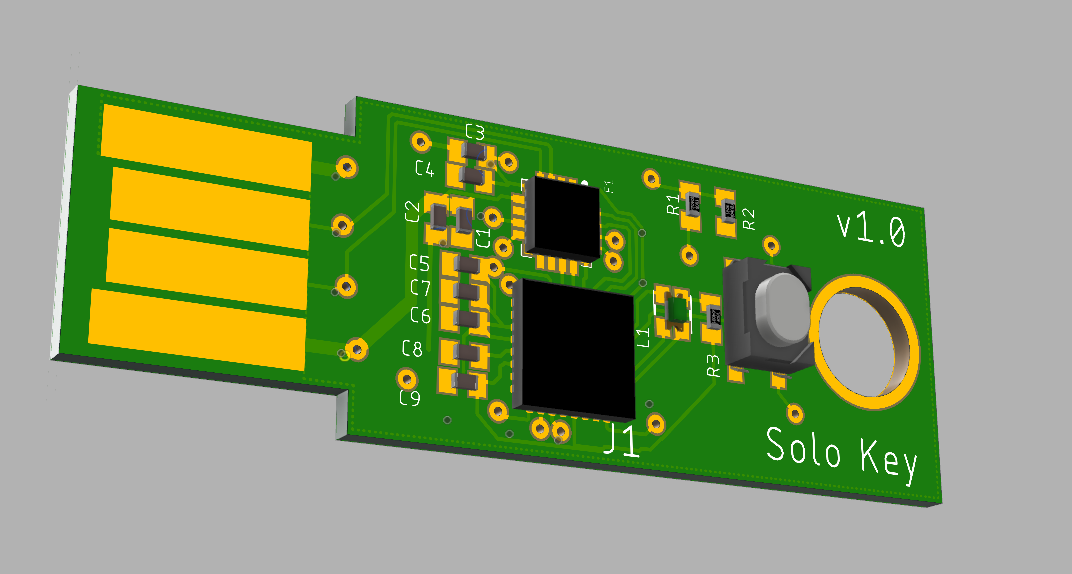 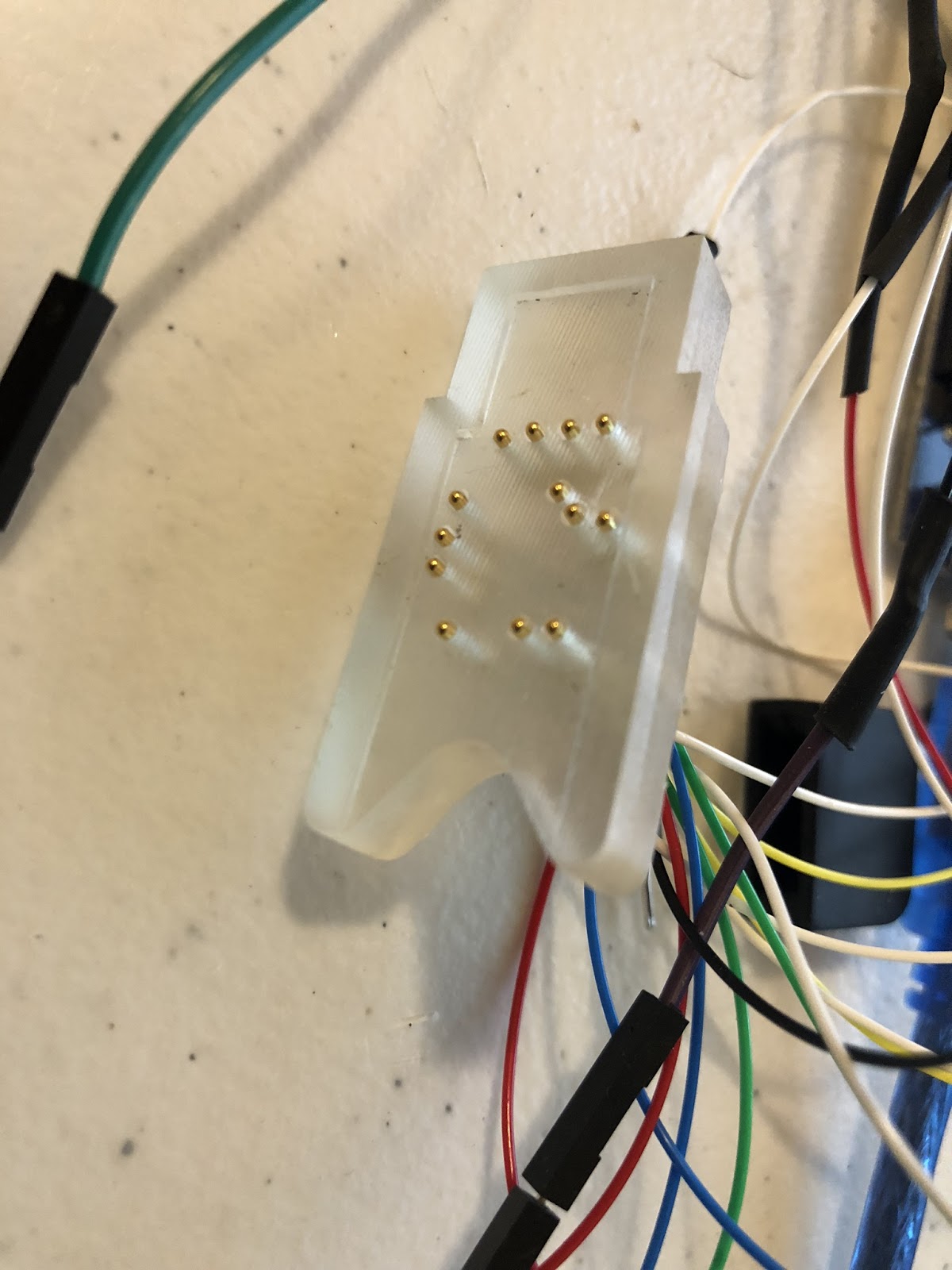 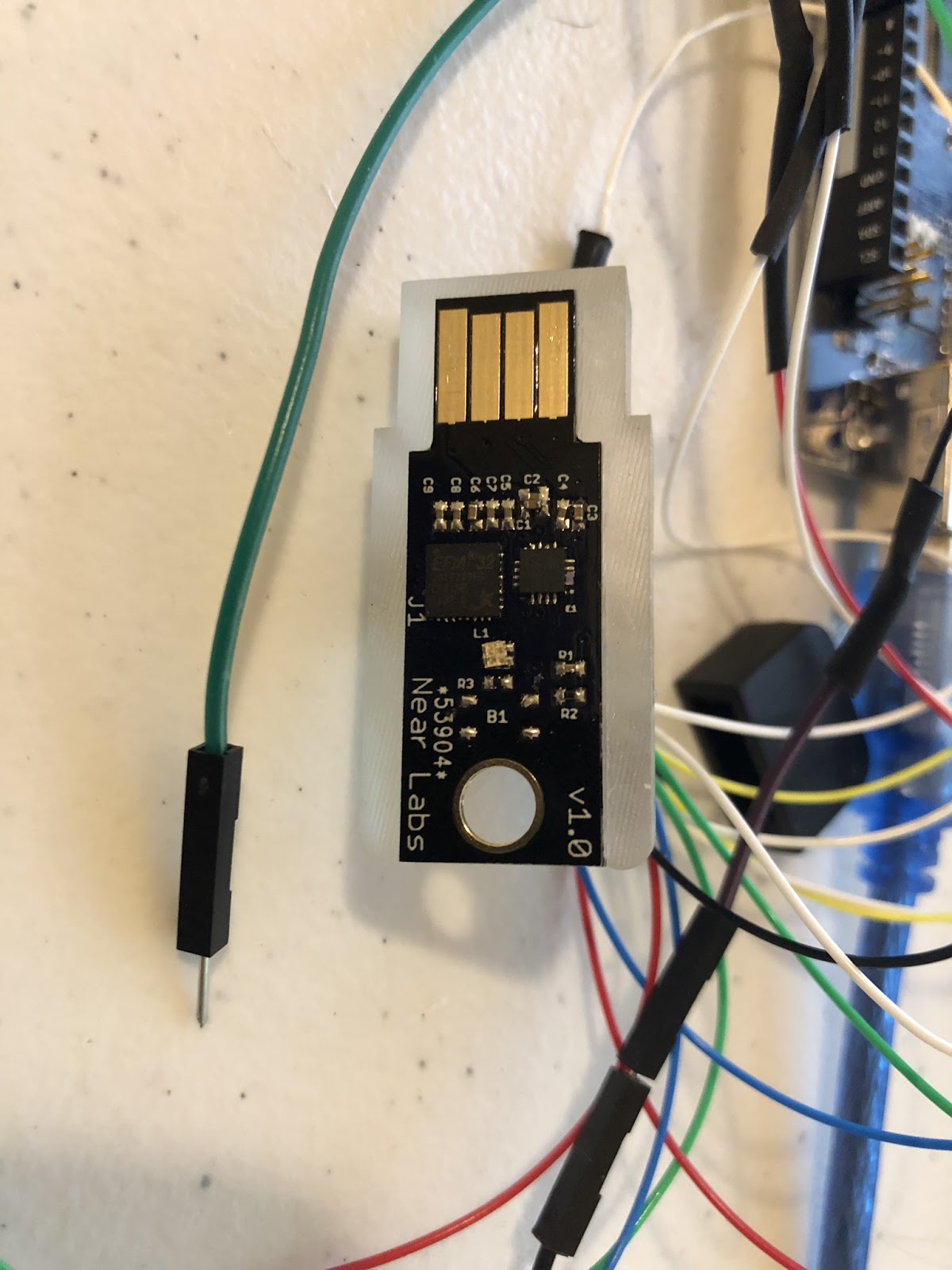 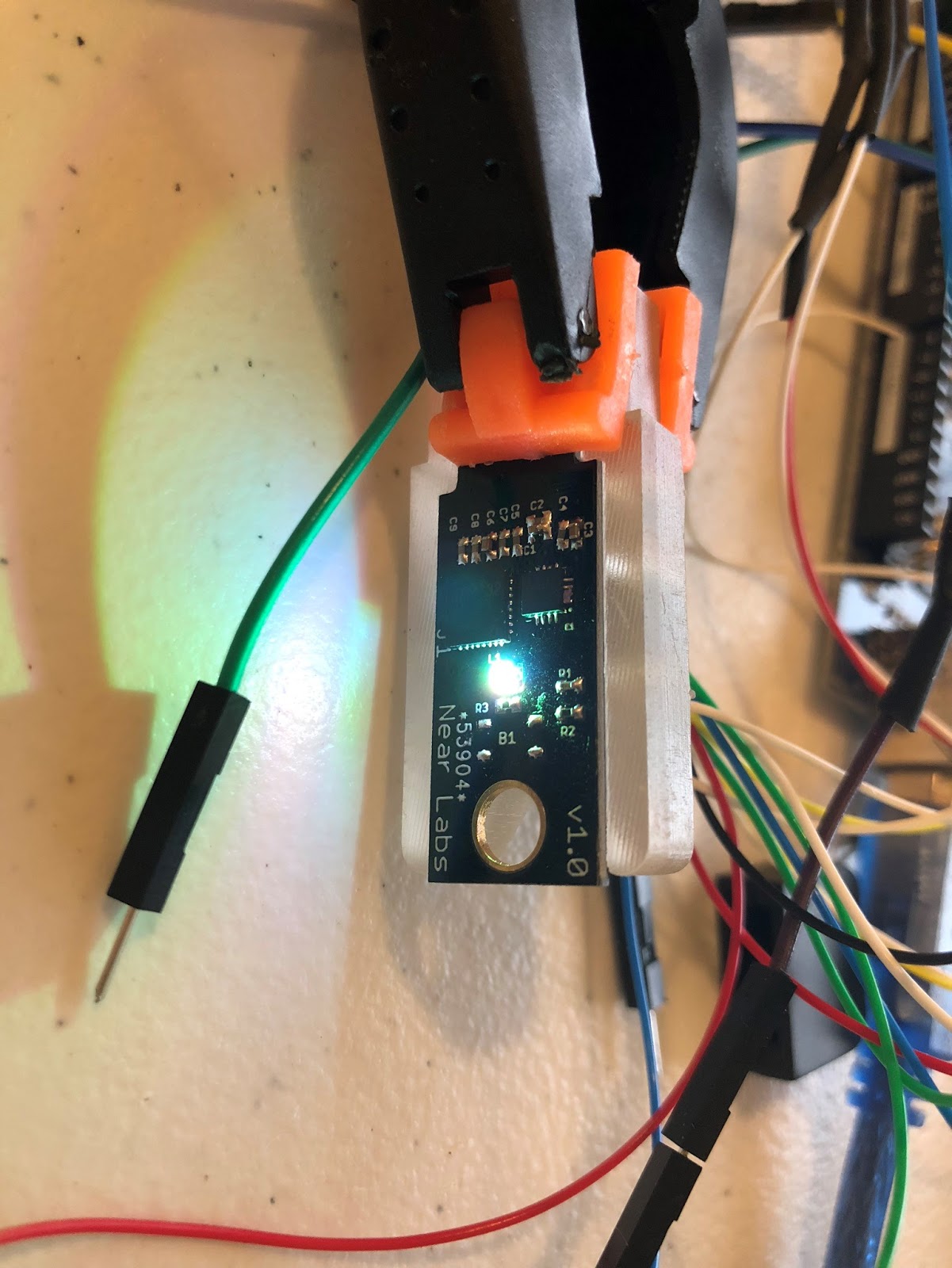 We want our device to be something people like to use and carry around (unlike most 2FA options out there). So getting the look and feel of it right is important.

We have two designs for the case. One can be printed on a SLA printer ($2.50 from DirtyPCBs), and the other we are getting professionally molded. Both designs take advantage of a thin mechanical button that provides nice tactile feedback.

The additively manufactured design allows people to produce their own. It consists of a top and bottom piece that snap together over the circuit board. The bottom piece also removes the 2mm requirement for PCBs. 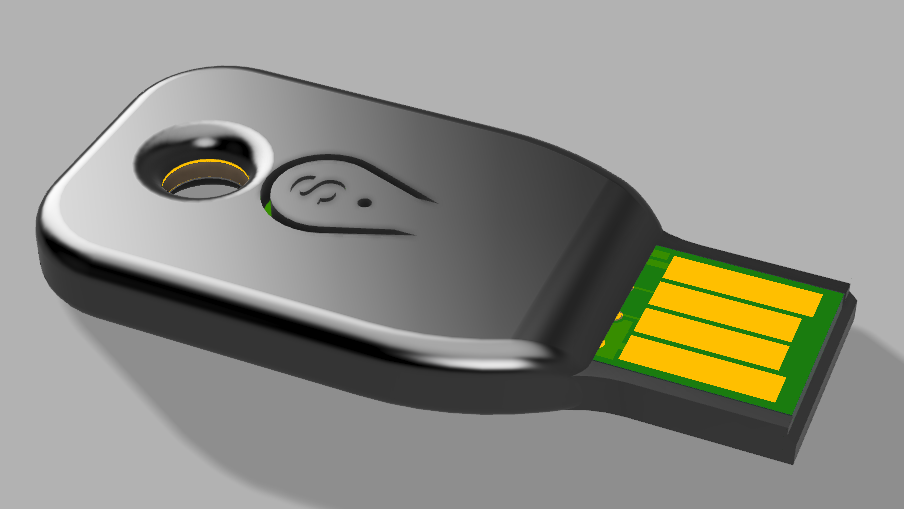 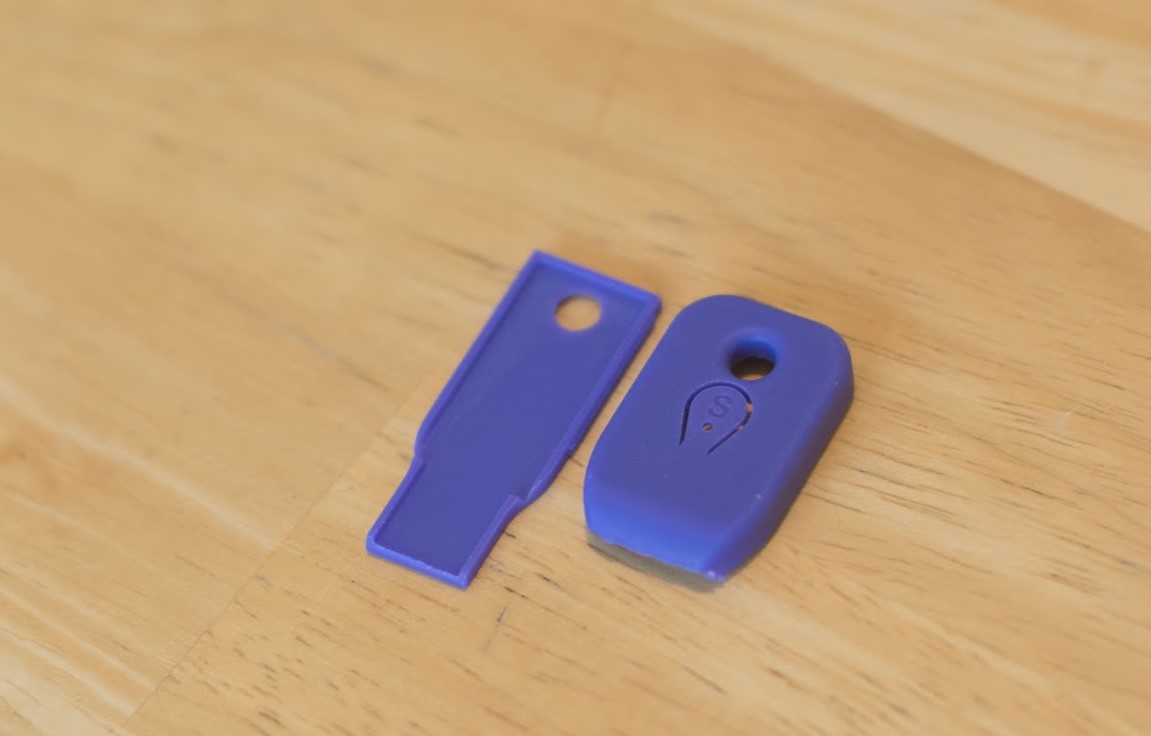 The molded design will be a semi-hard silicone “sock”. It will be pocket-friendly, nice to hold, and allow embedded mechanical button to be used. Multiple colors can be offered. 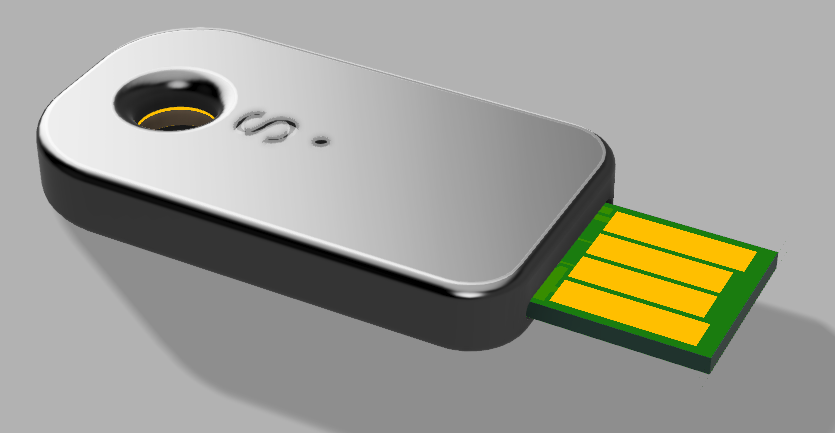 The design is still being iterated on and current photos are from a 3D printer.

Two versions of the PCB will be produced to support USB-A and USB-C connectors. 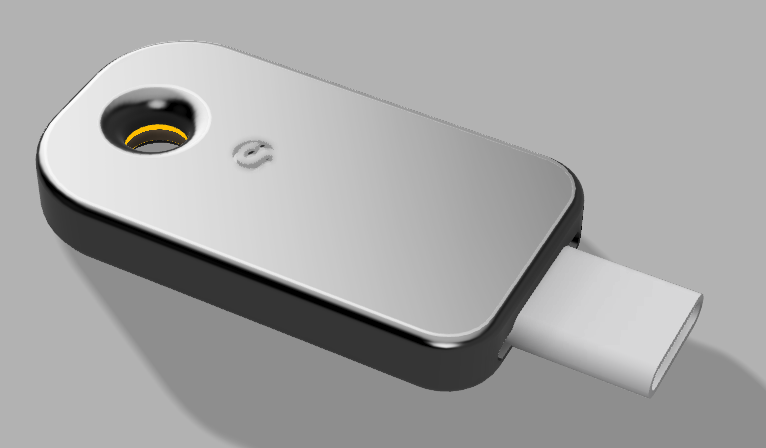 We will aim to re-use the same case for USB-A and USB-C.

The AMS 3956 is one good example. AMS 3956 is extra special because it allows for NFC type 4 emulation, a requirement for U2F/FIDO2. Other energy harvesting ICs, like the NXP NT3H2111, just implement NFC type 2.

It is also critical to use a low-power MCU to pair with the AMS 3956, like the silabs EFM32J, because the harvested NFC power is pretty low, around 3-5 mA at 3V in my tests.

It will still take more design effort to finish the NFC version. Some low level NFC communication details need to be implemented, and the coil needs to be designed and tuned.

Signed firmware updates are supported via an extension to the U2F/FIDO2 protocol. No extra software needs to be installed. In case any critical bugs are discovered, it will be very easy to update. 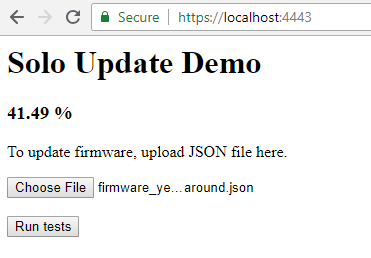 We need some funding to be able to bootstrap this. To make this project affordable, i.e. reaching scale on both the PCBs and molded case designs, we would like to be able to order 10,000 units. We could get away with like 3000, but our numbers really start to look sustainable at 10,000.

A successful crowdfunding campaign would really help get this project on the market. We would need a minimum of 1000 backers, but we really start to shine if we can get around 4000. Assuming an average 2.5 “base” units per backer, we could reach our 10,000 units sold goal.

From there, we would be in a great place to continue working on making a great 2FA/1FA device for the masses. 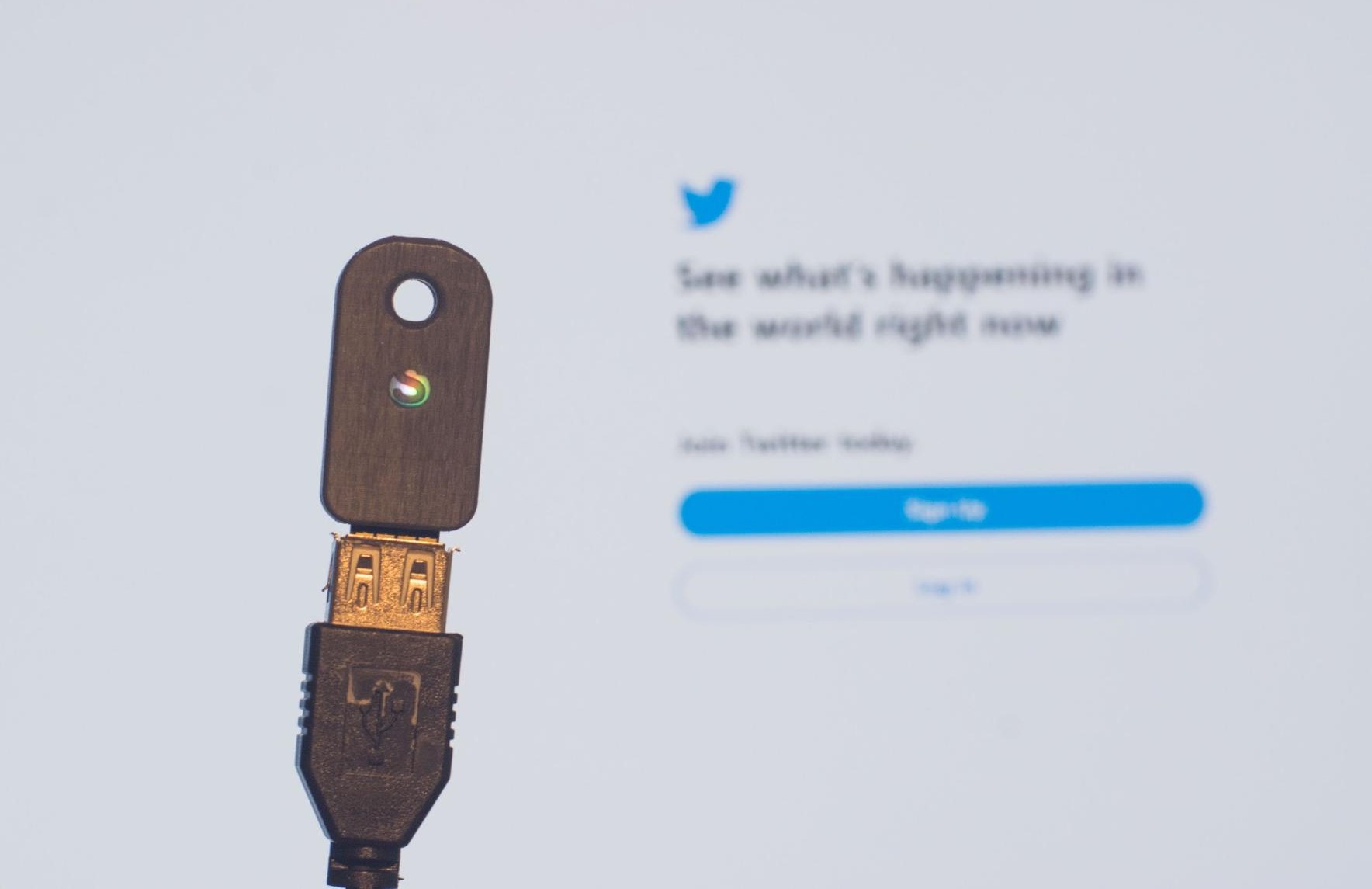